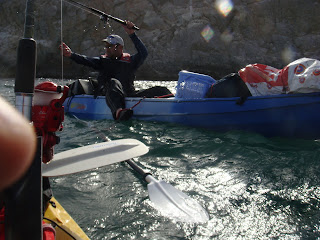 Collecting stuff after the flip 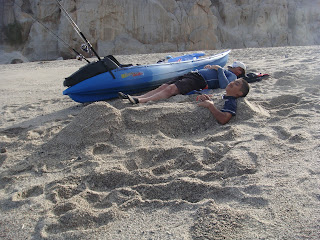 
Briefs:
First open sea kayak and fishing in the most pristine waters of the Arabian Gulf. It was our friend John who pushed us for this trip and let us test our limits in the very rough sea on our first day, all credit goes to you John. The night out on a secluded beach a few miles from the city was an experience in itself, not to forget the fresh catch of Sherry that we ate in the moonlight out there was a totally out of the world experience.

After the first day of rough sea we found the sea totally calm at sunset and continued like that the next day to give us some piece of mind and we paddled the area, saw the corals, fished around the fjords and had loads of fun.
Wild life we saw included fish, birds and foxes. Overall a great weekend outing and an overnighter to a beautiful location. 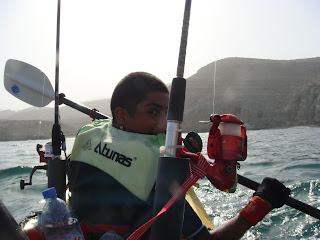 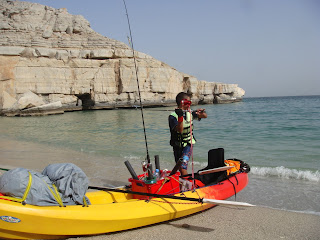 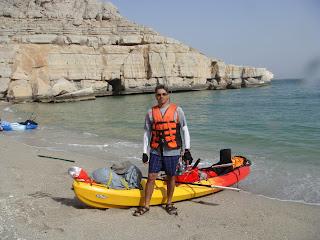 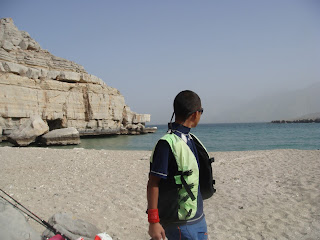 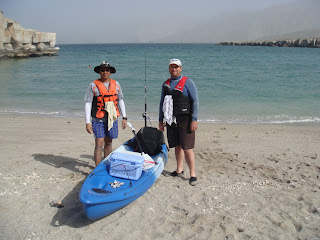 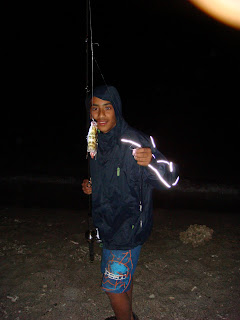 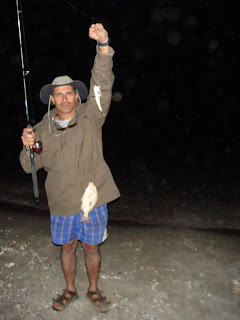